Northern Sydney Cycling Club is a road racing club with over 70 years of history.  We also welcome social riders.

We are a road cycling club based around the Hills, Hornsby and upper North Shore in  Sydney. We run regular criterium road races on Sundays and public holidays at Beaumont Road, Mt Ku-ring-gai and all grades are catered for. Riders must hold a current race licence issued by Cycling Australia to be eligible to race.

Who said old blokes can’t ride fast! This week NSCC have augmented their junior and women’s development squads with the establishment of the NSCC Masters Race Team. With a combined age in excess of 250 years 😳😂, these blokes have been selected by the committee to represent the club in the Auscycling racing scene for their given age groups. We think that this is a great initiative for the club and ensures racing pathways right through the club for masters racers underpinning its long racing heritage whilst also ensuring we harness the experience for our younger athletes. You will see these blokes around in the racing scene donning the fabulous #dogsquad kit supplied by Cuore Australia. 👍🏻

Rob Hodgson Memorial Race Report
The weather for the annual Rob Hodgson Race was perfect and the superb fields that turned out across 4 grades, to the occasion with a fantastic morning’s racing.
The Master of Ceremonies Alexis Kaless started off the day with a touching tribute to Rob Hodgson then the minute’s silence and lap of honour to remember Rob.
The Men’s elite field was one of the strongest seen in recent times, and started off at a crazy pace. Mick Cupitt was well warmed up for the race after having to sprint 30 kms to make the start line after a mechanical on the ride up to Beauie. The crowd were open mouthed at the speed of the race and even more amazed that Tom Green was in the mix given zero racing for many months. Shave your legs next time Greenie.
Early on Marcus Culey bolted from the bunch and was soon well up the road. It took a couple of laps before the chasing bunch brought Marcus back – Dog Squadders Will Baigent and Erik Vetisch were very active in the race and soon Will was in a small break with Ollie Penney. Harrison Bailey was another hitter who was brushing off the cobwebs not having raced for months and still adjusting to the summer back in Australia – the bunch knew that Harrison could destroy the field if the race came down to a sprint.
Break after break was reeled in and soon the bunch was super nervous as Mick Cupitt was in a solid break – but would his massive effort to race up to Beauie take its toll? But as the race pace caused many riders to get shelled, it was the Maltese Falcon, Dan Bonello, and Lachie Harrigan who formed the winning move to break with 4 laps to go.
The bunch tried hard to reel them in but in the sprint to the line Dan was too strong and a classy touch from Lachie to applaud his break companion who took the win.
Mick Cupitt launched the very impressive Tom Gray who got up for 3rd place despite having to carry the extra weight of his full gas beard.
A very large B grade field was all action which was ignited by Matt Garnon gassing it early to go solo and wind back the years. Matt’s watt bombs were soon defused and after a lap the bunch was back together as attack after attack failed to stick as this super strong peloton were shutting everything down. The father/son combo of Andrew and Lucas Stevenson were not showing any family love for each other and Lucas was sprinting out of the turns to cause his old man to grimace with pain. The NSCC Super Masters team were looking schmick in their squad kit and they were working well together to ensure the pace was ridiculously fast. Darth Vardy was also dishing out pain as out of each turn he was drilling it. Craig Stevens, Dave O’Connell and Andrew S were wearing poker faces before team mate Adam Buttenshaw blew the doors off and raced away to a huge gap from the bunch. It looked like Adam was going to stay away but maybe that extra glass of plonk at his wedding anniversary the night before, took its toll and Adam was back in the pack.
With a few laps to go it was Ran Virdi who tried his luck by hitting the gas and getting a good gap on the field – pretty impressive given that Ran had been at the course since daybreak setting everything up – respect mate.
Ran eventually got wound in and it was set for a bunch kick to find a winner to this quality race in B grade. In the run to the line it was Heffron Hugh Harvey who unleashed and got up for the win, with James Laidlaw and Andreas Crackow in 3rd.
C grade was another great race with some really fast riders who were testing each other out. Matty Johnston was his doing his usual break work although the jetlag from his Euro trip this week told as Matty was wound in. The standout in the race was young Simon Greager from Helmut’s Northside Junior Academy showing no fear and really hitting it on each lap. Well done young man. Warren Page was also sighted on the front no doubt to impress his son Ethan who was cheering him on.
As breaks were not sticking it was Deb Ainslie who decided to light up the race and dashed off the front – not bad as Deb was actually entered in D grade – the rest of the bunch took a while to respond and were clearly surprised how strong Deb was.
The Manly contingent led by Antoni Mikac were looking dangerous especially as the bunch came back together and it was clear it was going to be a sprint finish. In the dash to the line it was Brenden Kelana from Hunter who just pipped ever-present Dave Watkinson for the win. In a very tight finish Gary Davidson just got up for 3rd.
Complete podiums:
Elite Men
1st Dan Bonello MWCC
2nd Lachie Harrigan Jindabyne CC
3rd Tom Gray NSCC
B Grade
1st Hugh Harvey RBCC
2nd James Laidlaw Rapha CC
3rd Andreas Crackow Les Gears CC
C Grade
1st Brenden Kelana NHCC
2nd Dave Watkinson MWCC
3rd Gary Davidson NSCC
1st Woman Deb Ainslie NSCC

All winners received a Xmas ham generously donated by Craig Stevens from Craig's Butchery in West Gordon
Special thanks to:
Alexis Kaless as MC for the day; we implore you to back up In 2023 mate
Rich Scriven for brilliant photos (many more to be posted on his facebook page and shared here)
Ran Virdi for course setup
Alan Leech and Michael Hart for traffic control (great work on a super busy race day)
Dave Edwards as Race Whisperer

And of course, immense thanks to Rob Hodgson’s parents Alison and Ross for making the trip from the country to share this special day in honour of their son Rob. ... See MoreSee Less

Tomorrow is the big day! Get in now to avoid disappointment! It is set to be a cracker 💥. Link in bio. ... See MoreSee Less

Get your entries in today to avoid disappointment! This is gonna be a helluva race! 🤙🏻 ... See MoreSee Less

Can you challenge the past winners of the Rob Hodgson race? Come and find out on Sunday at Beauie as these blokes are signed up. Link is in the bio. Don’t miss out! 🏆 💰 ... See MoreSee Less

We place orders for new kit every few months and all club members will be notified when the next ordering window is open. New members are asked to wait for the next window. If your current kit is damaged and you need a replacement to race, please email kit@northernsydneycyclingclub.org.au to check what we have available. 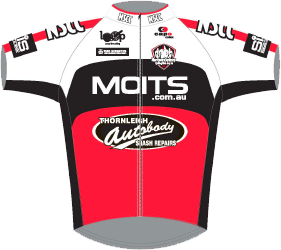 Many of the activities of our club are only possible because of the generous support of our sponsors! 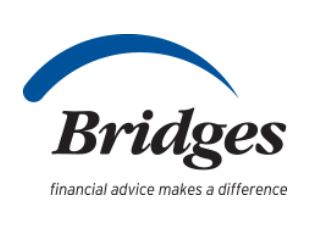